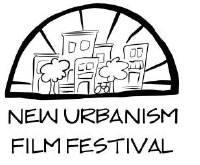 The New Urbanism Film Festival was founded in order to create a venue for filmmakers to showcase how the urban environment is evolving and how that evolution has created healthier, more connected, and more beautiful cities all around the world. Goals are: showcase the improving urban landscape in a variety of American cities; demonstrate how changes can be initiated by the everyday citizen. The NUFF is an annual four day event that takes place in Los Angeles every fall. The festival screens short and feature length films on the topic of the built environment. The festival also includes walking tours, bike rides, art walks, and foodie tours that get audiences out on the town and exploring the city in fun new ways. Since its inception, the festival has received over 500 submissions from over 50 countries and has screened 100 movies at events large and small.
Josh Paget and Joel Karahadian founded the festival in 2013 as a way to take the conversation about urban planning beyond the classroom, out of the council chambers, and on to the silver screen. Since then the festival has travelled the world, hosting smaller-scale screenings in Austin, Buffalo, Dallas, Detroit, Fresno, Olympia, Oxnard, Salt Lake City, Shenzhen, and Stockholm.

NUFF for Festival on Festival | 22th June 2016
The New Urbanism Film Festival will screen three feature length documentaries on urban issues in the United States. These films have each screened as part of our full festival in Los Angeles. At our festival the screenings were paired with panels and workshops by leading urban thinkers. After the film Can You Dig This, we hosted a seedbomb making workshop. The entire audience was invited to make and throw seed bombs outside on La Brea Ave (one of the major thoroughfares in Los Angeles.) The festival is determined to engage the audience with the city.

Josh Paget, NUFF Co-founder, Festival Director
Josh Paget has been the technical director for many film festivals in Los Angeles, including the LA Comedy Fest, International Film Fest for Cinematic Arts, and the Mid East Comedy Festival.  Now he is stepping up to the role Festival Director for a festival whose subject is dear to his heart. Josh is also an L.A. based stand up comedian.  He regularly performs stand up all around Los Angeles and is a staff writer for Hollywood Saturday Night.  He has a degree in creative writing from Seattle Pacific University. He is also a graduate of the LA Film Studies Center where he studied screenwriting.

Joel Karahadian, NUFF Co-founder, Producer
Joel Karahadian grew up in Los Angeles, surrounded by the entertainment industry, and as such, was absorbed into it early on. He has worked on a number of productions over the last ten years, the most exciting of which was the U2 3D movie in Argentina. After discovering New Urbanism, he became acutely aware of the need to get the word out to people via a more accessible medium, like film. Joel is a musician, and has played with dozens of band and artists at venues around Los Angeles. He has also led worship at a number of churches in the area. He has a degree in sociology from UC Irvine.

Neal Payton, NUFF Board of Directors member
Neal Payton is the west coast director of TortiGallas Partners. He has won multiple awards for Transit Oriented Design projects. Payton brings an enthusiasm and passion for the intersection of film and urban planning.

He will attend to Festival on Festival.