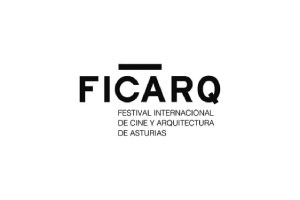 The International Festival of Cinema and Architecture FICARQ intends to grow and strengthen in 2016 the experiences and contents presented in previous editions by adding new features. Mainly highlights an Official Section dedicated to international film production of fiction in the architectural and urban component is a key element of the film discourse and section filmed oriented architectures explore and analyze the production of documentaries architecture.
The aim is to innovate, create a new festival format, functional and effective for a few days, to place the host city at the epicenter of the national and world cultural activity and art directors space.
The FICARQ Project 2016 aims to deepen relations between the audiovisual discourse and architectural discourse from an artistic, urban and technological way. Time and space are at the base of these two disciplines and thus the two complement each other when realizing a joint analysis. The FICARQ Project 2016 includes a national magazine (CA Magazine), a digital platform (blog, media channel) and a Film Festival (Festival of Cinema and Architecture, FICARQ) which is a meeting for discussion through screenings, conferences and roundtables propitious.
Although FICARQ brand born three years ago, it is in this year when the project has defined to position their full potential and draw the outlines of development over the next years after the experience. The work of these three editions has generated an international natural inertia by which increasingly audiovisual works related to architecture from all over the world are received.

Ana Muriel, editor and founder of FICARQ and CA Magazine

Chus Neira (Oviedo, 1975) is a journalist and cultural manager. Since 1999 he has been staff writer and freelance reporter in several Spanish newspapers, he has worked too in radio an tv, writing and directing documentaries like “Electric Years” (2006) or “First We Take Milán” (2012). Some milestones in his career as cultural manager includes Nuit Blanche Oviedo artistic direction (2013 & 2014) and project management of Francis Ford Coppola events inside his Princess of Asturias Award for the Arts 2015. Since November 2015 he is the director of CA Magazine and project manager of the International Film and Architecture Festival FICARQ2016.