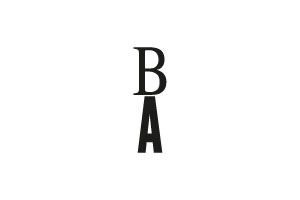 The mission of the Budapest Architecture Film Days, inspired by the Rotterdam Architecture Film Festival and initiated by KÉK in 2007, has always been to generate a dialogue between the architectural practice that finds inspiration in cinema, and cinema borrowing its subjects from architecture and the city. Since the first years, we have learned that the films we detected or received to our calls have more power than this: they reveal viewpoints, approaches and layers of the built environment that help us looking at the surrounding city in different ways. That helps us to perceive the problems and shortcomings of urban life and explore the untapped opportunities of urban space, society and communities. That is the reason why one of the most important objectives of the festival is to stimulate and empower us to take action for a better urban environment as well as to present stories about cities and communities that are equally relevant in Budapest. Over the years, our films has covered a wide range of themes: forms of communal life and dwelling, collective creative processes done with one’s own hands, user-generated, adaptable cities and buildings, the heterotopias of our cities materializing in funfairs and theme parks, the infrastructure-monsters of the car-centered urban areas, as well as on the traces of Eastern Europe’s political transformations, long lasting urban effects of cultural mega-projects, the construction of museums and concert halls, old and new media of architecture, architectural photography, 3D printing, unequalities of city development in the 21st century, unsustainable development strategies and tourism, unusual communities, the reminiscence of modern architecture, the future of avant-garde buildings. Several screenings are accompanied by talks with the directors and other contributors, along with parties, thematic walks, exhibitions, and there’s even an architect’s beer. We have participated at the most important architecture film festivals for the past couple of years, and organized screenings from Paris to Vienna, Brno, Warsaw, Krakow and Kiev.

Budapest Architecture Film Days for Festival on Festival | 12th July 2016
The Budapest Architecture Film Days has always considered its geographic location as something to be reflected on, presenting films from the region each year. We are part of an Eastern European film exchange program and we encourage filmmakers to submit their films to our annual call for entries. Over the years we have screened several hundred films – a pool out of which we recommend the following films:

Eye over Prague (Olga Špátová, Czech Republic 2009, 78′) is ‘design after design’ in a sense of tomorrow – inspired by current information technologies and low threshold sources, Jan Kaplicky’s visionary architecture blurs the conventional divides of architecture and landscape, fictionality and reality, high-tech and banality. The premise is that of the status quo of design before the detected change, described in the Triennale’s proposal: internationally acclaimed star designer and architect Kaplicky is a classic example of the affirmation of the role of designer. However, in the case of his planned Prague National Library, his controversial design enables a democratic participatory discussion about the role of design in the life of a city and its citizens, emphasizing the role design could exert not just in the case of architect-trainee relations but also expanding and opening the discourse into the public realm of debate and contest. The ever-growing rise of conscious consumption makes a critical approach to acclaimed architecture possible as it is not welcomed as something self-evidently needed and rather the building becomes a focal point of discussion. Despite the fact Kaplicky’s architecture is functional, fitting for librarians, another aspect is made more profound: the library is an example of surprising and outsider design where its meaning is appropriated by public actors through means outside of the realm of the internal logic of design.

The last decades in design saw an increased awareness of the power of transformation, making use of objects, venues and places that are already there, making them sustainable and habitable. In the case of Life in the Coffin Factory (A. Dworschak, M. Rieper, C. Schmauszer, Austria 2013, 48′), a plot and a building was used as a starting point of urban-scale design by rewriting the urban fabric in a manner of contemporary design. Creative workers and laymen inhabit the place and, using grassroots democratic and transgressive means, they create a heterotopia in the midst of the city. It’s also an example of contemporary design carried out by non-professionals, emphasizing the egalitarian nature of collective thinking, an emerging phenomenon in the information systems. Beyond financial resources, the access to information is enabled by the group of residents as a whole where each resident is a beneficiary of collective knowledge – for example in the case of funds only available for housing collectives. Furthermore, social distribution system is implemented in this ‘design through participation’ approach. An abandoned property with fixed ownership is overturned by design labor where shared spaces and values contaminate a new built environment.

Our third film Free Spaces (Ina Ivanceanu, Luxemburg/Austria 2015, 60′) focuses above all on transgressing the disciplinary divides between urban planning, communication and visual arts as it deals with ‘invisible design’ in a sense of designing through communication and collaboration, a form of design disrupting the fixed factuality of goods. Innovation takes place on a macro level when artists, cultural workers and activists redraw their spatial and mental environment, undermining the location of production of meanings as they reclaim public spaces through new models of living and redesign urban life. They both support and refuse the world of objects and yet they are still capable of penetrating the social fabric. The creative economy produced by such actors provide an ongoing shift of activities which poses a challenge to the capitalist city. While design has indeed abandoned its view of constant change and now wants to be seen as non-ephemeral, the actors in the film refuse such an approach in the name of egalitarianism and democratic values, focusing more on civil society than market forces – in fact, they are forces working against the market logic. Their material and nonmaterial products work as counterforces of the current return to reappreciation of elite design – a trend which poses challenges in the 21st century.

It is design after design, design beyond design.

The Budapest Architecture Film Days has no director and operates on a team basis instead.

Researcher, urban planner and lecturer Levente Polyák worked on urban projects for the New York, Paris, Vienna, Rome and Budapest municipalities. Besides organising conferences, festivals and exhibitions, he has been working on Lakatlan in the past years, a research and advocacy program about temporary use and abandoned urban properties.

Architect Noémi Soltész is the co-founder of the architrecture and design studio Nanavízió. She is also a member of the board of Izabella Street Gallery and Street Art for Housewives Organisation.

Cultural manager Daniella Huszár is involved with the operational management of KÉK and she was heading the content development department of the travel guide application PocketGuide. She was also the project coordinator of Krétakör Theatre.

Office manager and graphic designer Karolina Szin is affiliated with TIBA Architects Studio and is also a columnist for film review sites Filmtekercs and Mozizunk.

Cultural manager Anna Szakál was a project assistant at Ludwig Museum, Pepper Art Projects and DesignTerminal, among others and is currently a curator of Partizan Studios and Gallery.

Freelancer Gábor Fehér was affiliated with the artist collective Space Detournement Working Group and was a research coordinator of the volunteer programme Budapest100.