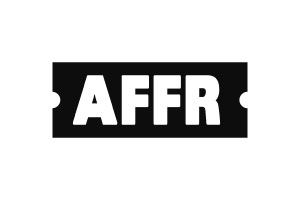 First edition: 1990
Next edition: October 2017
Organization:
Direction and Programming:
Based in: Rotterdam, The Netherlandsaffr.nl

As with lots of conceptual themes I found it hard to define our AFFR position in that overall Festival idea. Do we have a specific approach and if so, what would that be.
As in lots of other festivals a common idea is mostly defined by a curator with a specific experience and taste. Besides from what you want to show what’s new and interesting a curator adds an actual theme or a personal and sometimes associative way of looking at meaningful subjects. In that sence we’ve always tried to broaden the perspective on what commonly is considered as the “domain of planning and architecture”. For us a film as “The Swimmer” can be as meaningful to the debate as a documentary about Buckminster Fuller.
As architecture, and planning has changed a lot in the past decade, we’ve seen a shift in the focus of filmmakers on urban subjects.I quote an article I wrote for our last festival programme:
“While the early years largely featured films about famous architects and remarkable buildings, recent years have seen an increasing number of films that focus on urban growth
and the accompanying painful processes, almost always rifle with conflict.In this way filmmakers are following a trend that is also apparent in architecture and urban design. A trend that is fed by developments that are not normally seen as belonging to the domain of architecture: mass migration, streams of refugees, the tourist industry, the depopulation of the countryside and the effects of the internet. The key question is how to create a meaningful environment and give people a sense of belonging, despite the troubled water of our time”.
The result is more and more a festival with a vast spectrum that can only be coherent through a theme that reflects the main actual issues. Difficult enough I would say. It takes a lot of consulting and debates to distill a meaningfull theme out of all possibilities. But this method has proven itself as our festival, at least in The Netherlands, has not only proven itself as a platform for the latest films on architecture but as a debate platform on actual issues in urban planning.

Now, what kind of Dutch (I understood you wanted a list of Dutch films for the Triennale) films would fit in this approach. What would be typical Dutch.The Netherlands is a country of consensus. There is a typical Dutch expression that tells it all: the Poldermodel. That means that for every decision an endless discussion has to be organised. A discussion in which people have to give and take untill a final consensus can be settled. In the process of building our cities, talking about the public space, planning our city- and countrysides, planning the (production) landscape and even
planning the esthetics, that aim for consensus is a constant factor.
It goes back to our early days of democracy and the way we had to organise our country to protect it against the water.

AFFR for Festival on Festival
[MANCA]